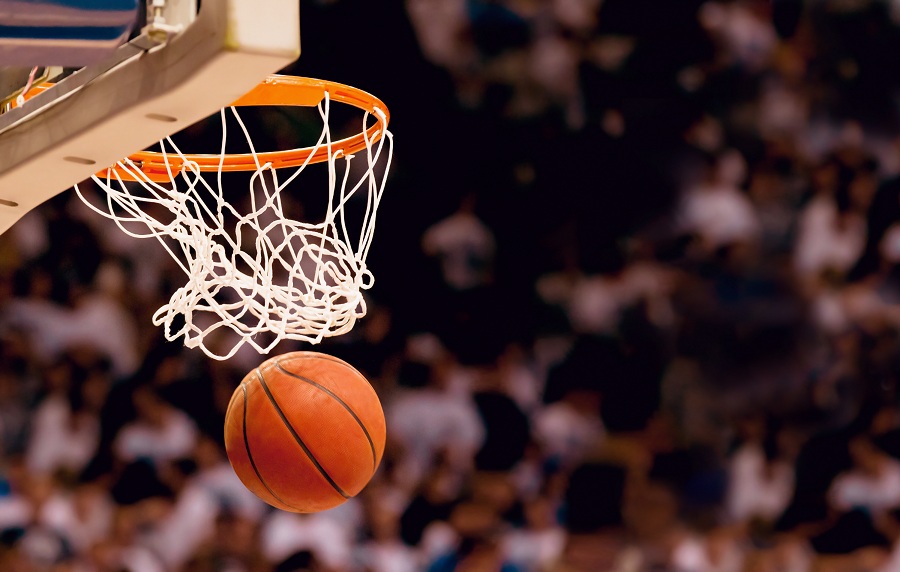 When Twitter was first introduced, many scoffed at the 140 character limit for tweets.  How could that possibly be enough characters for its users to have legitimate and engaging conversations?  Now, Twitter boasts over 250 million users, and many people use it to connect with like-minded users or to keep tabs on their favorite celebrities, businesses, and sports stars.

The social network is a valuable platform for businesses and marketers to establish and build a brand, but some of the most popular “Twitterers” are athletes.  We know NBA players can teach us a thing or two about putting a ball in a hoop, but can they actually teach us anything about Twitter?

The answer is yes.  Here are five things NBA players can teach you about Twitter:

1. The past can haunt you 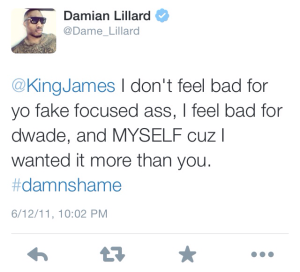 We’ve all heard it before: Once you put something on the internet, it’s there forever.  Even so, plenty of reputations continue to be tarnished thanks to boneheaded or (presumably) long forgotten social media posts.  Privacy does not truly exist on social media, especially since screenshots can be taken by anyone you are connected to.  The Library of Congress archives every public tweet on Twitter and Google recently announced it will be displaying tweets in search results.

Unfortunately, it still isn’t uncommon to see employees take to Twitter to insult coworkers or make derogatory statements.  Twitter users in the public eye must always be careful, but it would still behoove you to be cautious even if your following is tiny.

NBA All-Star Damian Lillard of the Portland Trailblazers learned this the hard way.  In 2011, when he was still a college basketball player most people had never heard of, Lillard sent out some tweets that were critical of superstar LeBron James.  Nobody noticed these inflammatory tweets until they were dug up a few months ago, and Lillard, who now plays on the same stage as James, had to work quickly to issue an apology.

Luckily, LeBron accepted the apology and said the tweets were “no big deal,” but the old posts still hurt the young point guard’s reputation.

2. Use hashtags to your advantage

Twitter uses hashtags to measure what everyone is talking about at any given moment.  The most popular hashtags listed as “Trends” on the website; they can be serious, silly, sponsored, or just plain odd.  Many users like to join in with the popular trends as a way to gain exposure or popularity, but it’s easy to get lost among the thousands of tweets using the same hashtag.

In order for a hashtag to become a trend, someone has to start using it.  Creating your own hashtag doesn’t have to be all about becoming a trending topic – it can be a great way to organize a chat for a small to medium-sized group of people.  Some NBA players like to open up to fans with Q&A sessions, and the best way to organize them is to use a hashtag.  Golden State Warriors teammates Andrew Bogut and Harrison Barnes, for example, typically use #AskBogey and #AskHB respectively.

Although Twitter’s character limit forces Bogut and Barnes to give short answers, hashtags still provide a great way to organize questions and connect with others.  While their answers are typically funny or revolve around popular trends, businesses and marketers can use hashtags to interact with users in a wide variety of ways.  No matter how you use them, hashtags are a great way to expand your reach on Twitter.

The best way to generate more interactions on Twitter is to evoke emotions in your audience.  Creating excitement can be fairly simple if you are willing to give something away – whether it is a product, coupon/gift card, or something else.  Many giveaways fall into the “Retweet for a chance to win” category, but there are ways to generate more interesting engagements with an audience.

NBA superstar Stephen Curry, who plays for the Golden State Warriors, likes to connect with fans through a monthly #SC30 contest.  Instead of selecting winners randomly, Curry challenges his fans to be creative.  His most recent contest challenged his fans to recreate one of his training drills, and quite a few fans responded to the challenge in entertaining ways.

Giveaways are a great way for large businesses to create a personality on social media, and smaller businesses can utilize them to help grow their followings.

4. Use media to give yourself a personality 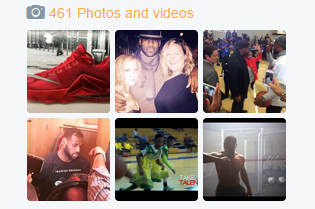 In a lot of ways, NBA players are similar to businesses. They can seem larger than life – they have their own brands (shoes, websites, etc.).  Sometimes, they might even have someone tweet for them.  Also, because of what I outlined in my first point, they tend to hold back their true opinions on certain matters.  If a popular NBA player says anything remotely controversial on social media, ESPN will discuss it to death and make it a bigger deal than it actually is.

Players who post videos and pictures on Twitter (through Vine, Instagram, or Twitter itself) give glimpses into their real lives.  Media makes these Twitter accounts more lifelike and three dimensional.  If you follow Andre Drummond of the Detroit Pistons, you know that he is still a goofy kid at heart – even if he is almost seven feet tall.  If you follow LeBron James, you know he is a family man who loves his wife and children more than anything.  If you follow Stephen Curry, you’ll see that he likes to dance and golf.  All of these things are possible thanks to the addition of pictures and videos.

Every person brings something to the table.  Tweeting about it is a good start, but showing an audience through different forms of media helps solidify an online persona.

5. Let your audience know where you’ll be

Over 80% of millennials access Twitter from their mobile devices.  Now more than ever, Twitter is a perfect platform for real-time updates.  Tweets can be written/sent out quickly, and users can read through their feeds in record time.  For NBA players, it serves as the perfect place for notifying fans about appearances, autograph signings, and even live video interviews.

Businesses should use Twitter to inform users about upcoming tradeshows or events.  Or, during the middle of events, they can even tell followers which booths or events they are at – in real-time.  The use of hashtags, images, and videos can help recreate events for those who were unable to make it, or they can serve as a summary for those who did go.

Twitter is a social networking website, but oftentimes businesses and people treat it as a repository for blog posts or retweets of other users’ content.  In order to cultivate a following and really achieve a presence online, you must create a personality for yourself or your business.