The 2014 Marketing Predictions You Should Ignore

Why You Haven’t Seen Inbound Marketing Results Yet 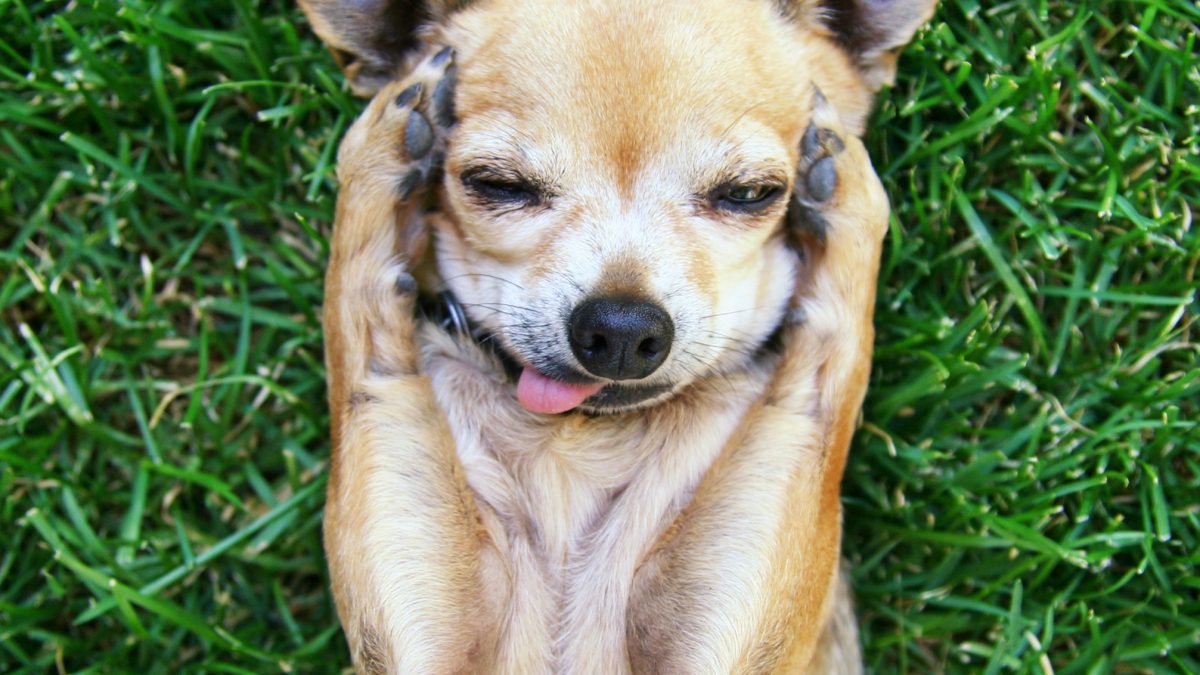 For those who are late to the party, Taco Bell has a really good social media strategy. Like, ridiculously good. And providing customer service through social media is among their marketing team’s strong suits. They quickly respond to customers, both answering questions and showing appreciation – except they have taken it several steps further than simply favoriting a tweet or liking a comment.

In our last blog about Taco Bell, we explained how the company uses Twitter to market to millenials. Now we’re showcasing their excellent customer service and customer loyalty skills through social media. Here are a few feats they’ve pulled off in the last year and change:

Disclaimer: We realize that it is not realistic for most companies, especially small and medium-sized ones, to accomplish Taco Bell’s crazy level of customer service. The point of this blog is inspiration!

1.        They sent swimmer Ryan Klarner a custom “Think Outside the Buns” Speedo.

On December 20, 2012, Klarner wrote on their Facebook wall, saying that he eats at Taco Bell “at least 5 to 7 times a week” and that if they made him a customized Speedo it would “mean the world to (him).” He closed his comment with “keep up the delicious food, and the quick and quality service.” The company asked for his size and address – a response that garnered more than 1,000 likes. 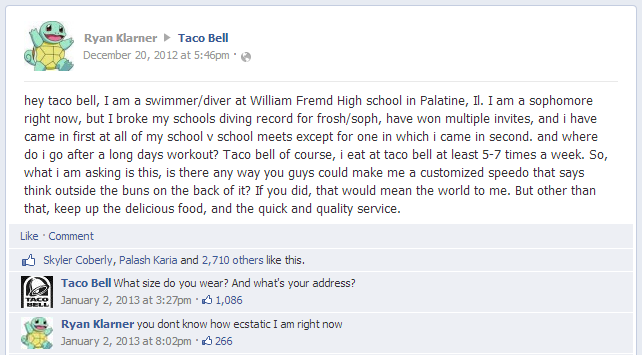 On May 21, 2013, Lai said, “If you guys don’t have a large poster of the Beefy Crunch Burrito, I will cry myself to sleep every night until you make one.” Again, the company responded asking for her mailing address. With her poster came a handwritten note thanking her for being a fan. The restaurant also responded both of her Instagram posts, one of them saying “BFFAE” (best friends forever and ever).

On the original Facebook post, Lai replied, “IT’S TOO GOOD TO BE TRUE, I KNOW. I TOLD YOU TACO BELL WAS A GOOD COMPANY THAT MADE DREAMS COME TRUE!” 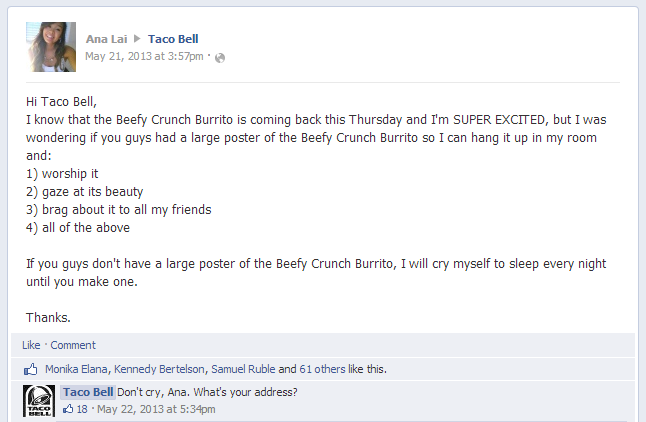 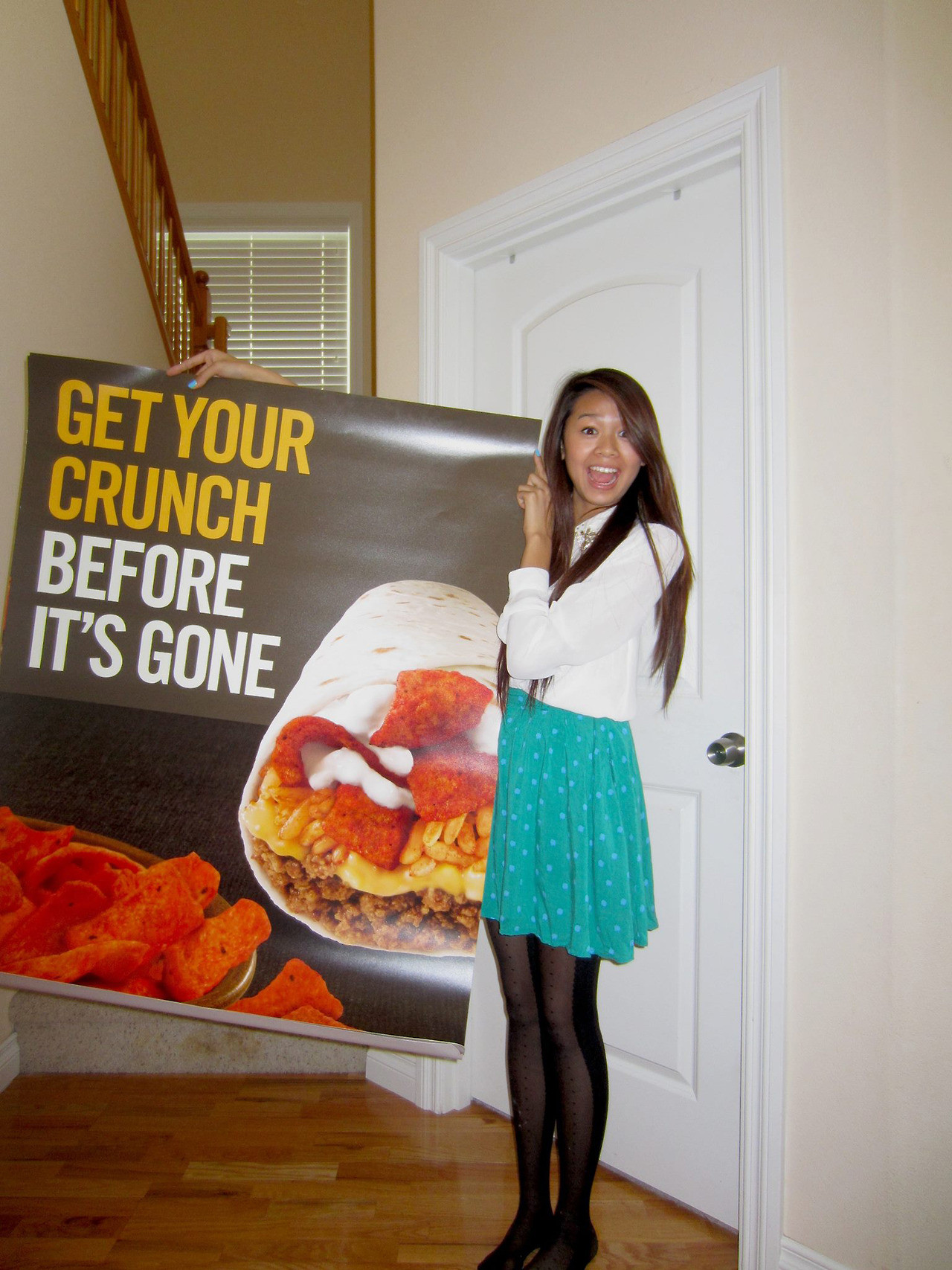 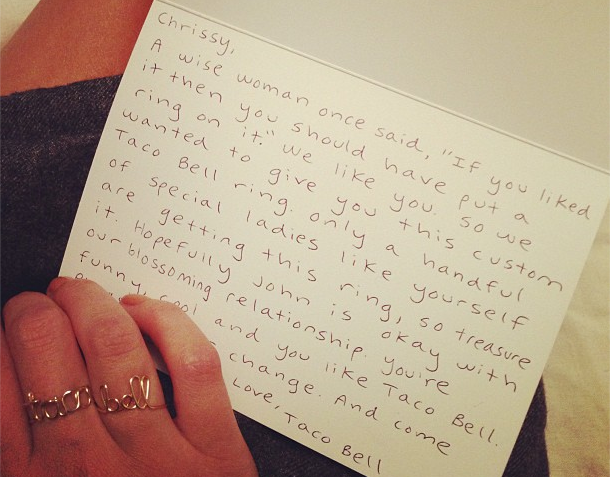 One of the recipients, Instagram-famous Acacia Brinley, posted a photo of her ring that gained more than 82,800 likes.

Taco Bell’s Social Media Community Manager Jozlynn Rush came up with the idea. She explained her thinking to USA Today: “Every day, we get tweets and Facebook posts from consumers asking us to marry them. Our consumers are passionately in love with the brand and want to be in a relationship with us.” She’s right. Anyone who has been to the restaurant’s Twitter account has seen these comments.

Taco Bell spokesman Rob Poetsch explained that sending the rings (and other gifts) were a way of saying, “I love you, too.” He said the rings were “not a PR push” but “a thank you gesture.” 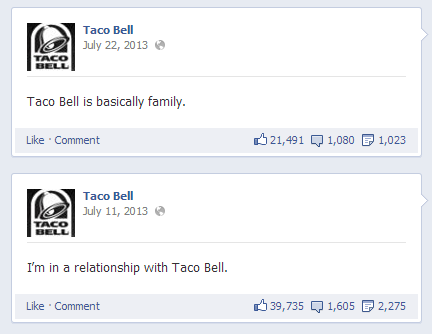 As mentioned, Taco Bell’s customer service stunts aren’t realistic for most companies, but they should serve as inspiration to respond to customer service queries on social media – providing the highest level of service that they can muster. A simple “we’re sorry to hear that” isn’t going to cut it with today’s consumers.

If you still aren’t feeling inspired, here are some hard facts:

Taco Bell’s social media strategy is simple. “The way we approach social media is that every day is a new opportunity to engage with our fans,” Director of Digital Marketing Tressie Lieberman told USA Today. The company is constantly coming up with ways to service customers like no other restaurant or company ever has before… and the whole world has taken notice.